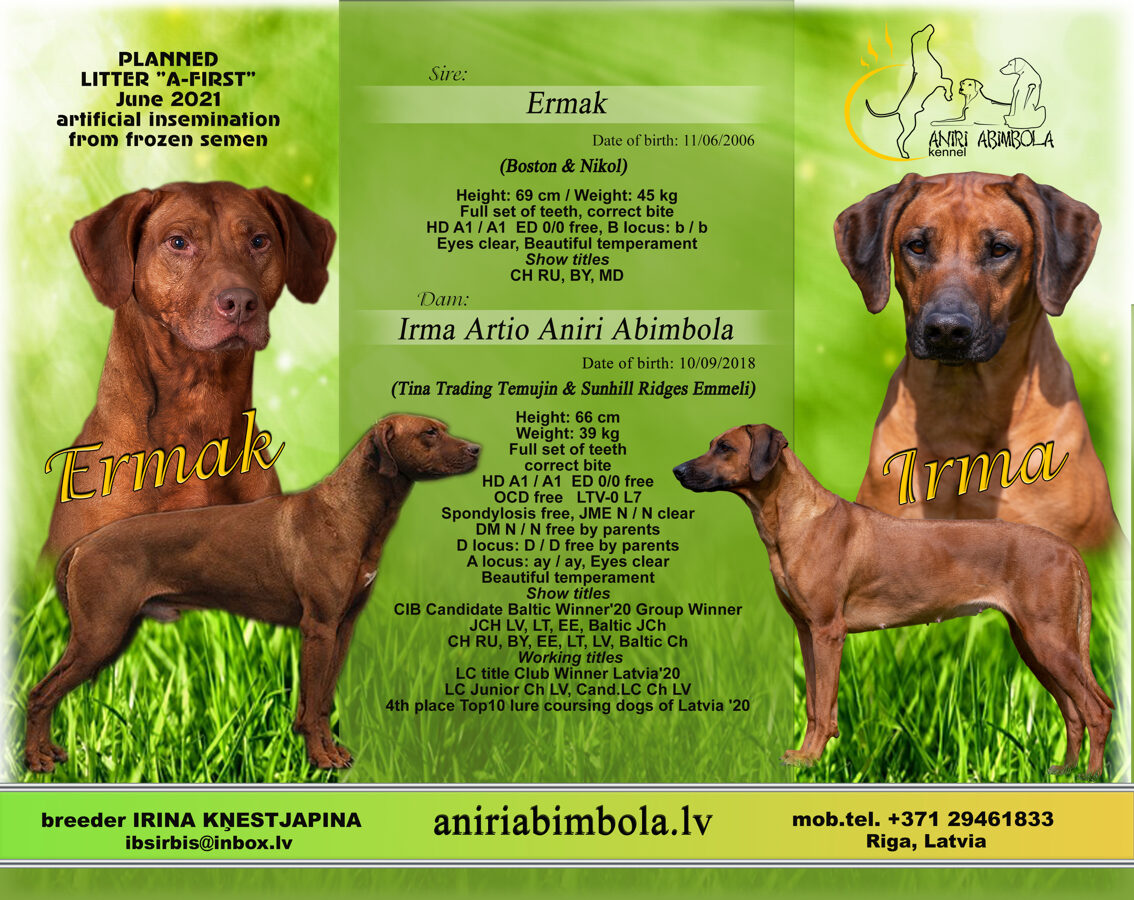 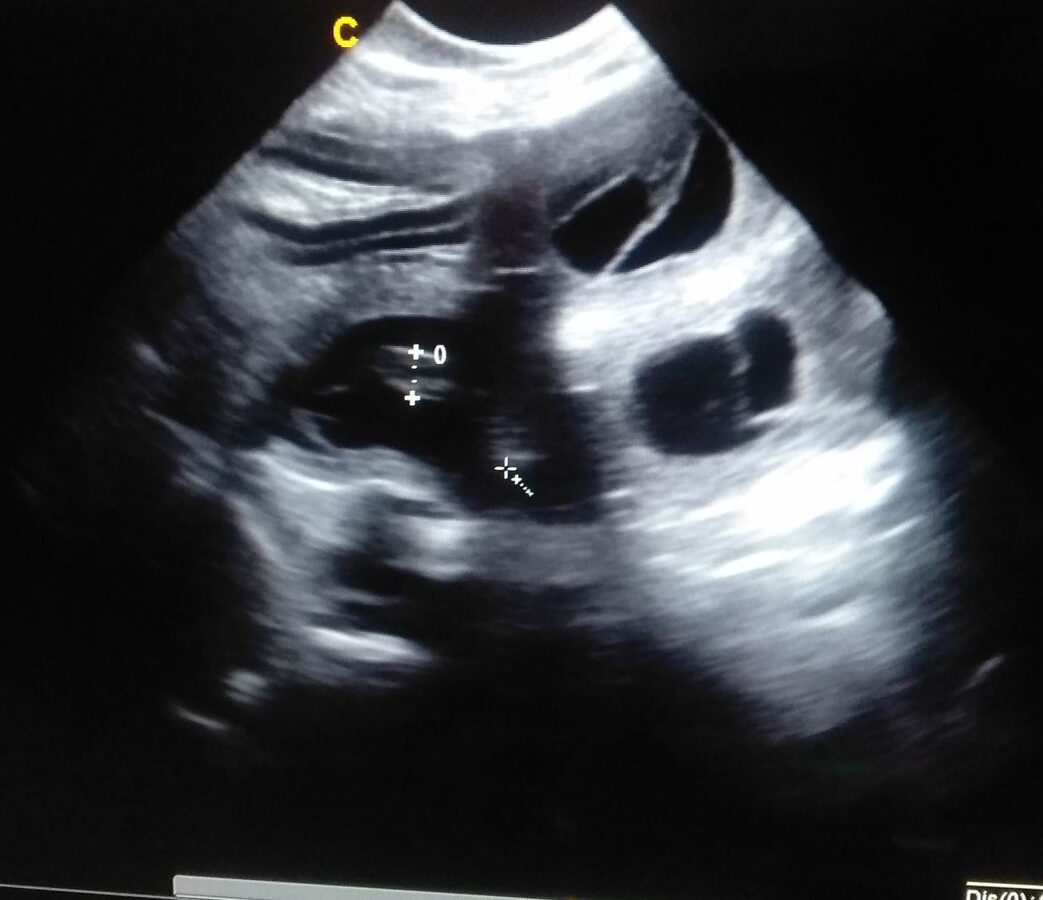 First! Litter "A" First!
Who are they?
Why the name of the litter is First?
Dogs were brought from different countries in 1994-1996, the first ridgebacks in Russia.
The breed began to develop slowly, the puppies were born with excellent conformation and excellent health.
At international exhibitions, Russian Ridgebacks began to win first places, high awards and titles.
I was very lucky to get to know many Russian breeders and get into my kennel dogs, which born in Moscow, Russia, from famous bloodlines of South Africa, America, Australia.
And now we are looking forward to puppies from my girl Irma,
from my first generation of ridgebacks.
Puppies' names will start with the letter "A"
The father of the puppies Ermak recently left this world and went beyond the rainbow, but his sperm was frozen in 2014, it was stored for seven years in Robert's clinic near Warsaw and will give new life to Ridgeback puppies.
We were able to restore old bloodlines.
Many thanks for trust to the owner of our father Elena Maryanovskaya, Tina Trading kennel Moscow, Russia! 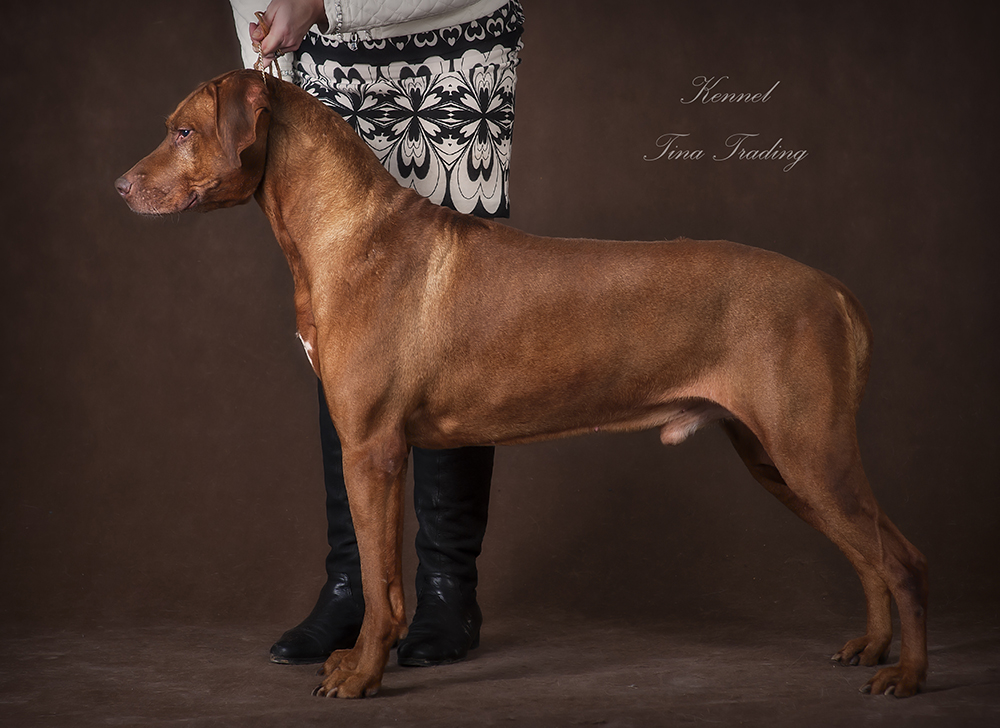 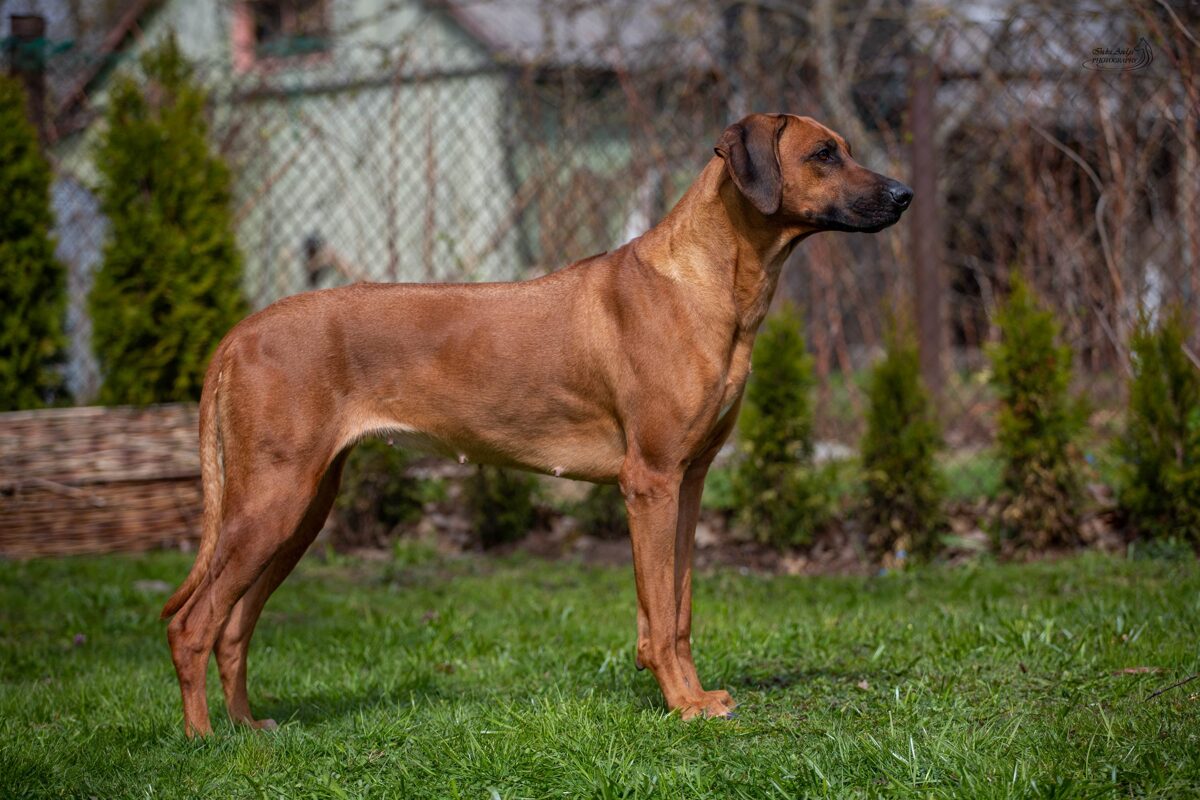